Hire promotional models, hostesses, trade show greeters and promo models for your Orlando show. TSM is an Orlando Modeling agency with the right staffing solutions for you and your company. Promotional models are a fantastic way to boost your visibility and brand appeal at events. Whether you need models for leaflet distribution, as booth hostesses or to carry out product demonstrations, all our promo girl staff are experienced in the promotional industry and know how to join a team and support client goals on the day of an event. Here at the TSM Modeling Agency, we have the industries best models for staffing solutions. Our promo models are attractive, outgoing, intelligent and well versed in what makes a successful promotional event. We also have bilingual models and interpreters available. With many shows attracting international attendees, hiring bilingual models is a smart move that allows you to reach a more diversified audience.

Are you Interested in Orlando Trade Show Modeling Jobs?

If you are a model in the Orlando, Florida area with experience in the trade show and promotional event industry, then get in contact with the us today. We supply staffing solutions to companies nationwide. Companies who need attractive, outgoing and professional trade show models and promotional model staff to join their teams in Orlando, Fl. The types of events you may work include car shows, trade shows, and promotional marketing campaigns. Contact us today and find out more. You could be a perfect fit for us and have access to fantastic professional career opportunities in Orlando, Florida.

Hiring Orlando models from the TSM Modeling Agency is the smart choice to improve your chance for success at your next trade show or promotional event. Stand out from the crowd and acquire those all-important sales and leads. We provide local staffing solutions to help you get the model staff you need. Without travel expenses or complications, our models can show up fresh, on time and armed with the knowledge of your company as well as Orlando. We also have bi-lingual models who can work for you. These staff members are invaluable when it comes to promoting in multi-cultural or international shows, and adding an extra level of professionalism and skill to your brand image. Reach a new and more diverse audience by connecting with local people of all cultures and maximizing the success and sales potential of your event.

Get Pricing
View All Orlando Models

The Orlando metropolitan area has a population of 2,082,628 and it is the 27th largest metropolitan area in the United States and the 3rd largest metro area in Florida. Orlando is located in central Florida, and is home to more than a dozen theme parts. Orlando is a major tourist destination and is the home of Universal Orlando Resort, SeaWorld Orlando and the home of Walt Disney World. These three attractions are the backbone of Orlando’s tourism Industry. Chances are you have visited Orlando, most likely for mass-tourism, theme-park enjoyment. Orlando has much more to offer than theme parks including the American Art Museum, Kayak Eco Tours, Professional Basketball, and even renowned botanical gardens. The biggest convention centers in Orlando, Florida are the Orlando Home Show, GameTech, ASI Show-Orlando and SAPPHIRE NOW.

Orlando offers no shortage of things to do. You can take advantage of things that are uniquely Orlando, like flying through a swamp on an airboat or getting up close with wildlife at Gatorland or Discovery Cove. There is also plenty to do when the sun goes down, you can check out a show at Cirque de Soleil, Blue Man Group or enjoy one of Orlando’s many dinner theatres. A few more areas of interest include Discovery Cove, Gator Land, and the Richard Petty Driving Experience. 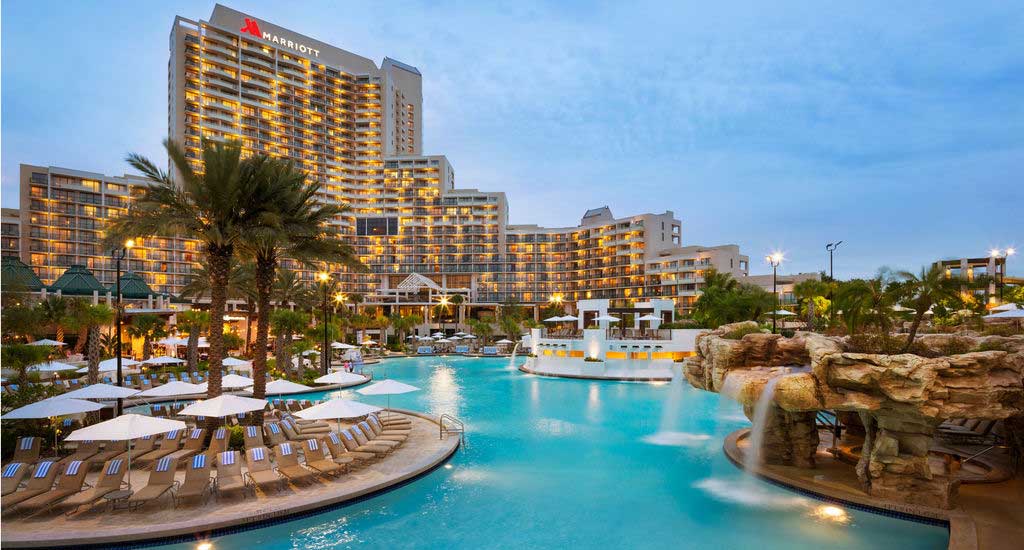